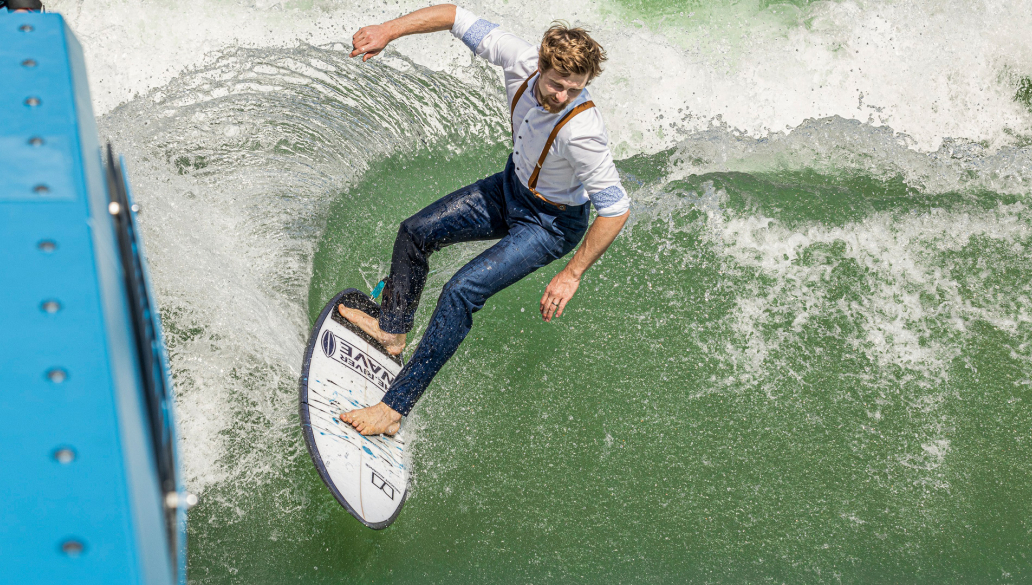 THE.RIVERWAVE: An Unmatched Wave Planned with Software Solutions from the Nemetschek Group

River surfing has been becoming increasingly popular for several years. This involves surfing not on a wave in the ocean, but on a so-called standing wave in a river. The most famous standing wave is probably the Eisbach wave in the Bavarian capital of Munich. In Ebensee, Austria, on the river Traun, an extraordinary project was realized in 2020 to create the world's largest, year-round surfable river wave. The complex project required the cooperation of a multidisciplinary and international planning network. Under the leadership of concon construction consulting, “THE.RIVERWAVE” was created in over four years of planning and nine months of construction. The project was realized with software from ALLPLAN and FRILO, two brands of the Nemetschek Group.

The project was challenging right from the start: the wave could not be built directly into the river due to water protection regulations. Instead, the water was diverted into a canal and a dam built for the wave. After the wave, the water flows back into the river via a drain. In order to absorb the bearing forces acting on the cantilevered wall sections during the movement of the installed steel hydraulic flap as economically as possible, the channel walls were designed as disks due to the complex geometry and the angled recesses for the hydraulic cylinders. For this purpose, the planning engineers used the FRILO SCN disk program. Based on the stress curves shown, it was possible to thoroughly reproduce the load distribution in the side walls and optimize the reinforcement in the walls. 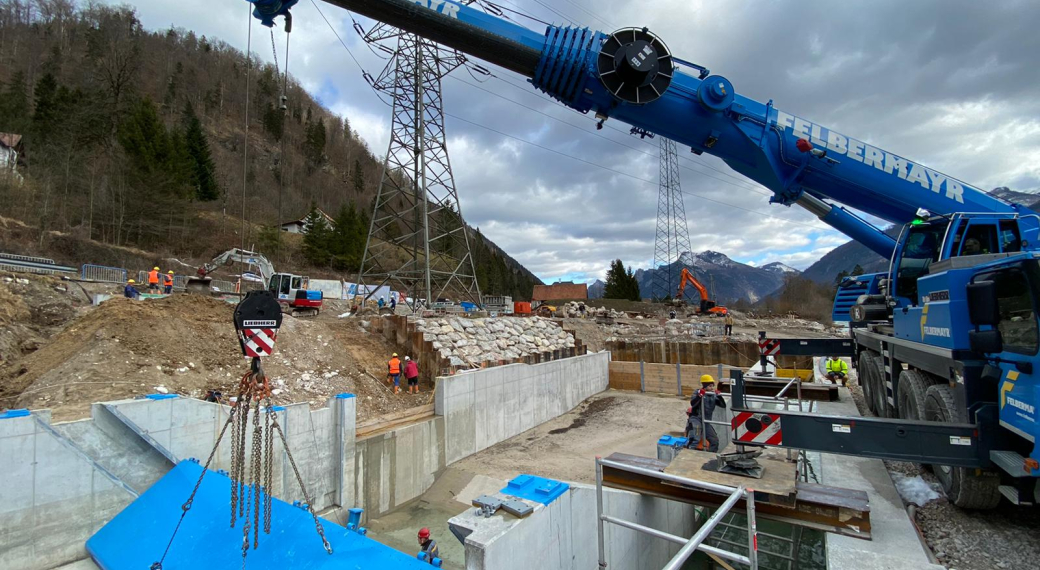 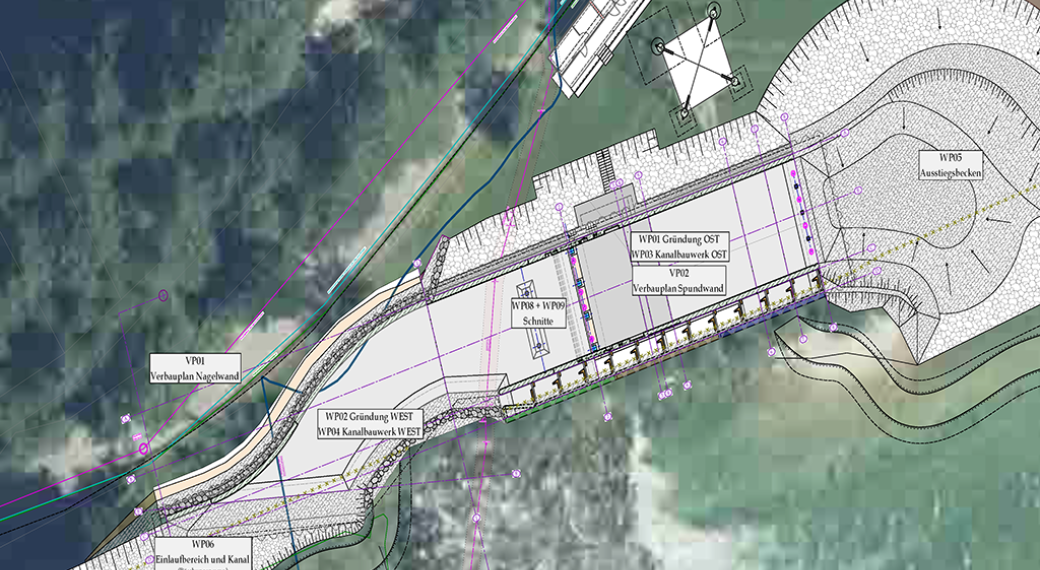 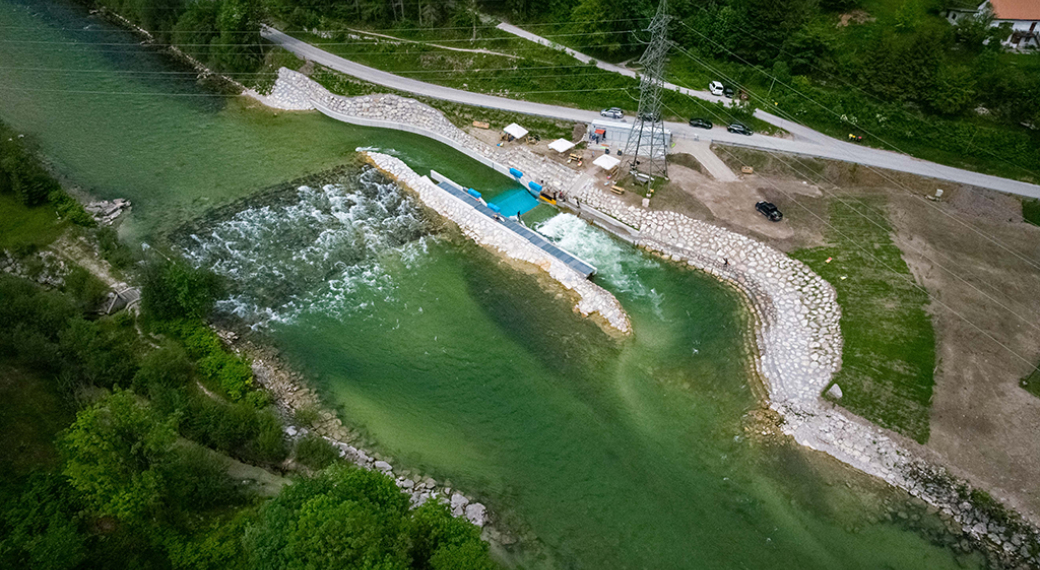 Due to the complexity of the project and the many project participants, the design of the wave was planned out completely in 3D using ALLPLAN’s CAD/BIM software. A physical model was also used to model the shape of the wave in advance and thus ensure that it could be surfed all year round, regardless of the water level. This model was set up in the channel of an old mill nearby and supplemented with an excavation model for accurate quantity takeoff and a precise terrain model. The advantages of model-based planning were obvious for all project participants: exact volumes and quantities could be derived and thus formed the basis for the precise planning of the cost framework and for the tenders for the individual project steps. In addition, the complete documentation made it possible to correctly steer the excavators in the canal using GPS, which meant that the excavation was more accurate.

To direct the water and control its volume and speed, THE.RIVERWAVE requires no additional energy. It is the first river wave in which the diversion structure – which feeds a portion of the water into a constructed side area – is controlled solely by a hydraulic shield via a hydraulic actuator. Essential to the operation of this standing surf wave is the maximum adjustability of the steel hydraulic structure to respond to the highly fluctuating water levels. The fish ladder built at the same time not only compensated for the intervention in the watercourse, but also improved the ecological situation.

Communication between the individual project participants – who were spread across Germany, Austria, and the United States and included engineers, experts from the fields of geology and ecology, steel construction, and river engineering and design for surf waves – was also simplified by the model-based planning. For example, conversions were carried out automatically in the model, which reduced the susceptibility to errors.

After an extensive test phase in which the concepts for plant safety, flood protection, and groundwater protection were checked, THE.RIVERWAVE could be put into operation. In the end, thanks to the engineers’ correct calculations and model-based planning – and the excellent implementation by the contractors – the model and as-built structure corresponded to each other within a centimeter. THE.RIVERWAVE measures ten meters in width and up to 1.5 meters in height and was awarded the Bavarian Engineering Prize in 2021. This is a milestone for the sport of surfing, which was included in the Olympic program for the first time in 2021 for the Summer Games in Tokyo and has been inspiring people near and far from the coasts since the 1950s. 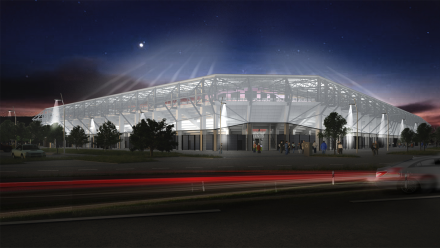 Construction of the Košice soccer stadium using a virtual model. 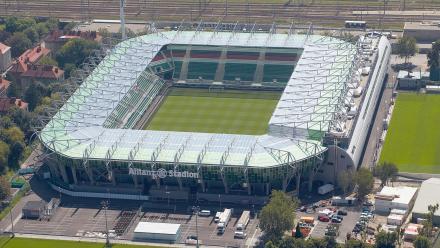 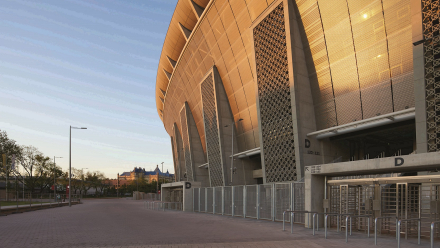 The Puskás Aréna in Budapest, Hungary, planned with BIM and 3D modelling by KÖZTI Architects & Engineers