With its soaring skyscrapers, diverse economy and port positioning, Brisbane is no stranger to development. But the new scheme at Queen’s Wharf takes things to a different level.

Extending across 12 hectares across CBD land, the project is easily the largest district development in the southern hemisphere - and one of the biggest builds ever attempted in Queensland. Faced with immense scale, extreme complexity and near-unfathomable levels of information - the team at one of the world’s largest construction projects is using software solutions from the Nemetschek Group to succeed.

Brisbane is Australia’s third largest city; a thriving business hub that grew from an initial European settlement at Queen’s Wharf in the early 1800s. Now, that historic site is being carefully restored and reimagined in an effort to attract more than 1.5 million extra tourists to the city and create over 8,000 jobs. Led by the Destination Brisbane Consortium, the AUD $3.6BN megaproject will see the construction of four new towers and the restoration of several heritage buildings. Once complete, the new Queen’s Wharf district will offer hotels, apartments, 12 football pitches worth of public space and a new physical link across the river.

Building a new district of this scale - and all next to a river in a historic city center - is extremely complex. Rising to the challenge, the project team, led by lead architect Cottee Parker, has embraced digital collaboration to plan and coordinate their vast amounts of design data - working in an information modelling environment and employing 16 different software tools across 39 contributing companies; from architects and engineers to contractors and suppliers. Information modelling allows the team to clearly organize all of the project’s key information in an easy-to-access, central place. It’s where the 3D-models, data and specifications are all kept and coordinated by the team. The approach improves efficiency, dramatically increases people’s understanding of the proposals and cuts waste.

“This is a project of immense scale, extreme complexity and sheer innumerable levels of information. Working with a Building Information Modeling (BIM) approach allows the team to clearly organize all of the project’s key information in an easy-to-access, central place.”

At Queen’s Wharf, digital engineering specialist DBM Vircon, responsible for the project management of the overall construction project, has over 340 models under management and is processing 215 individual models each week. The owner, Destination Brisbane Consortium, ensured Queen's Wharf development leveraged the vendor-independent Open BIM approach, allowing all parties to work with the tools they prefer. Gabor Gulyas, project lead and operations manager for digital engineering at DBM Vircon, explains that “interoperability and a consistent Open BIM workflow are essential for this project. There is no way around it, if you keep in mind that up to 300 people are working on the design models at the same time in peak periods, coordinating over 200 different models.” 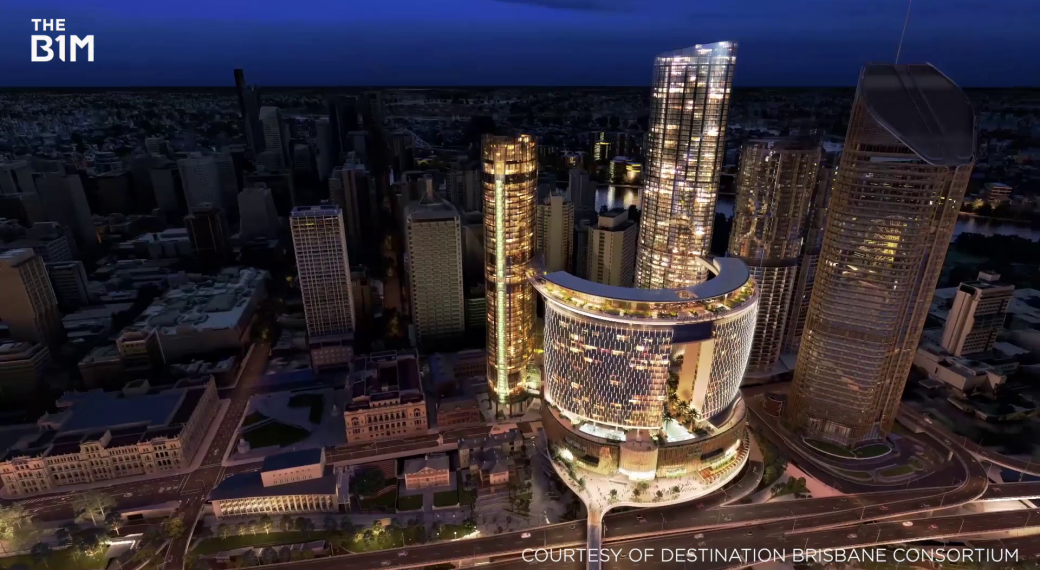 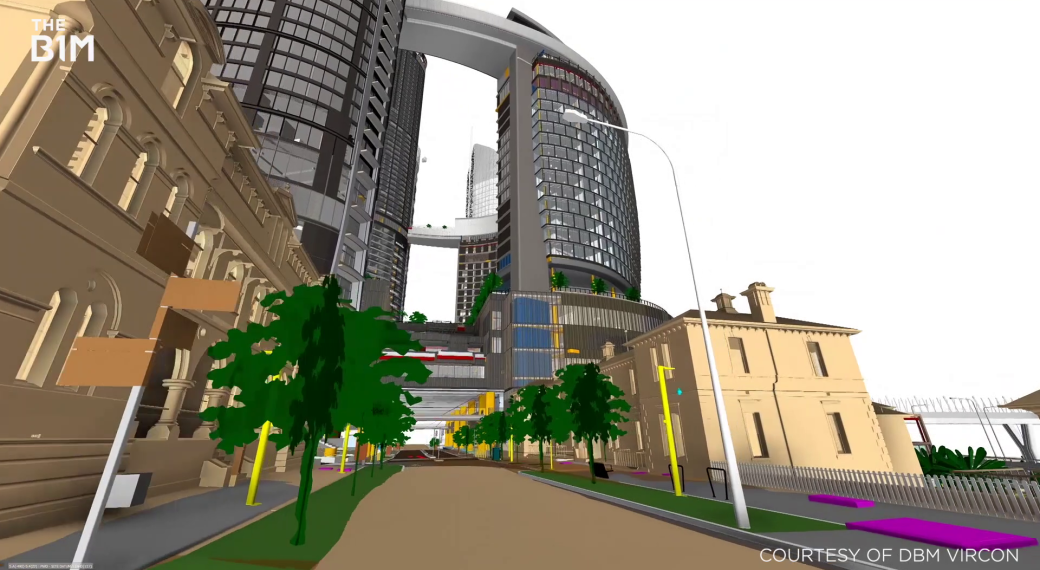 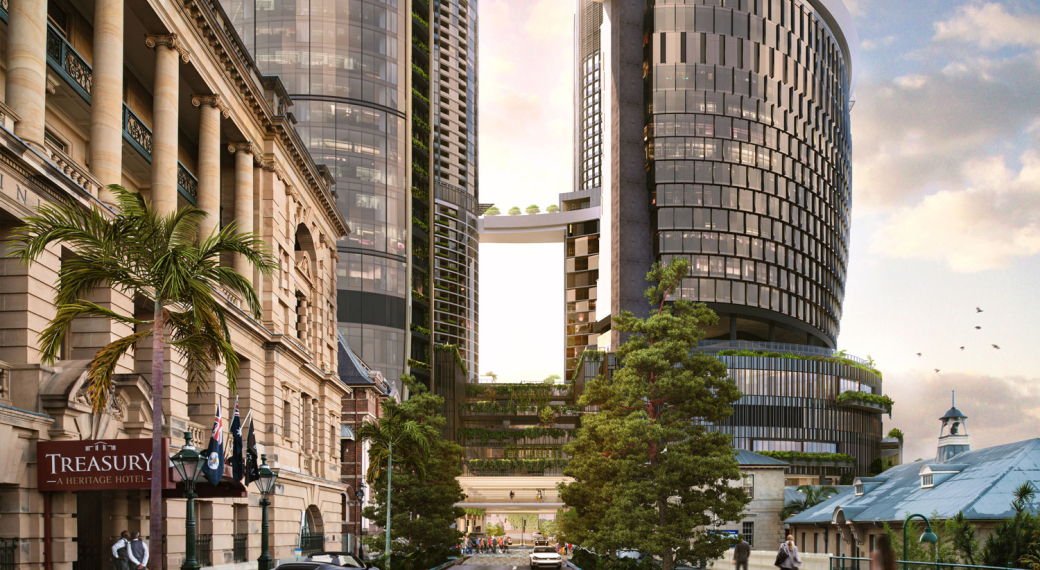 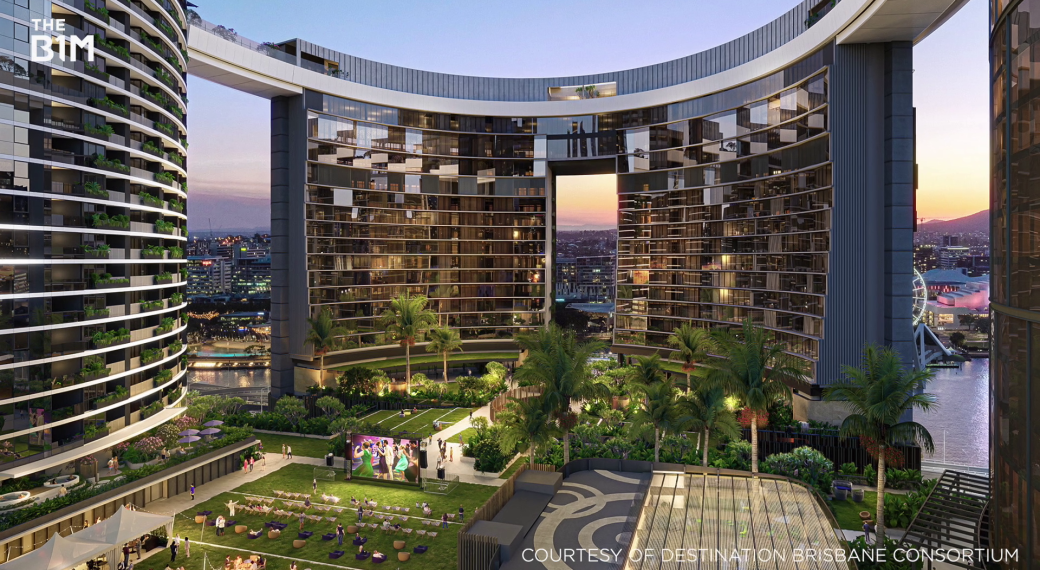 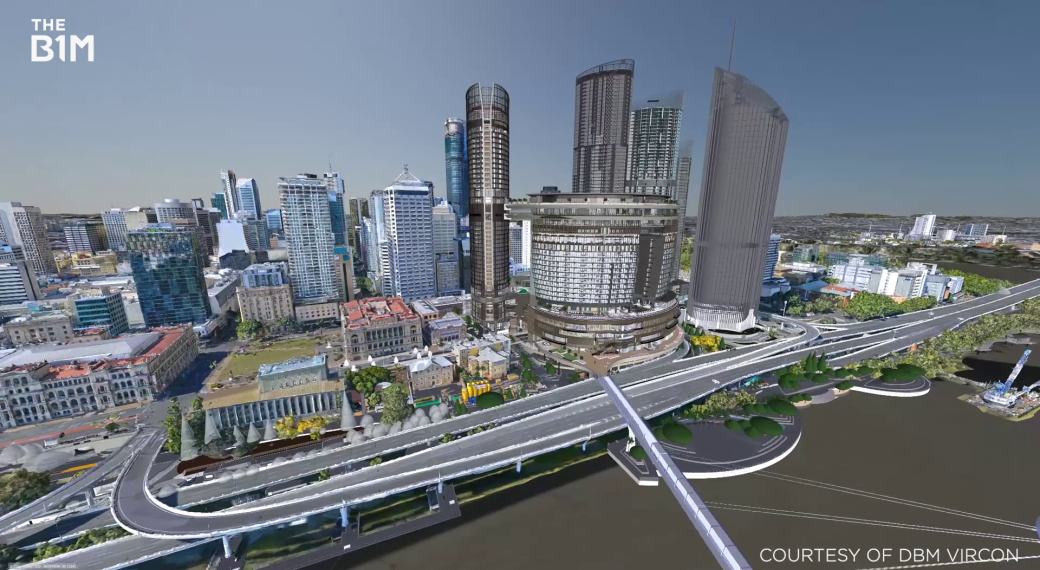 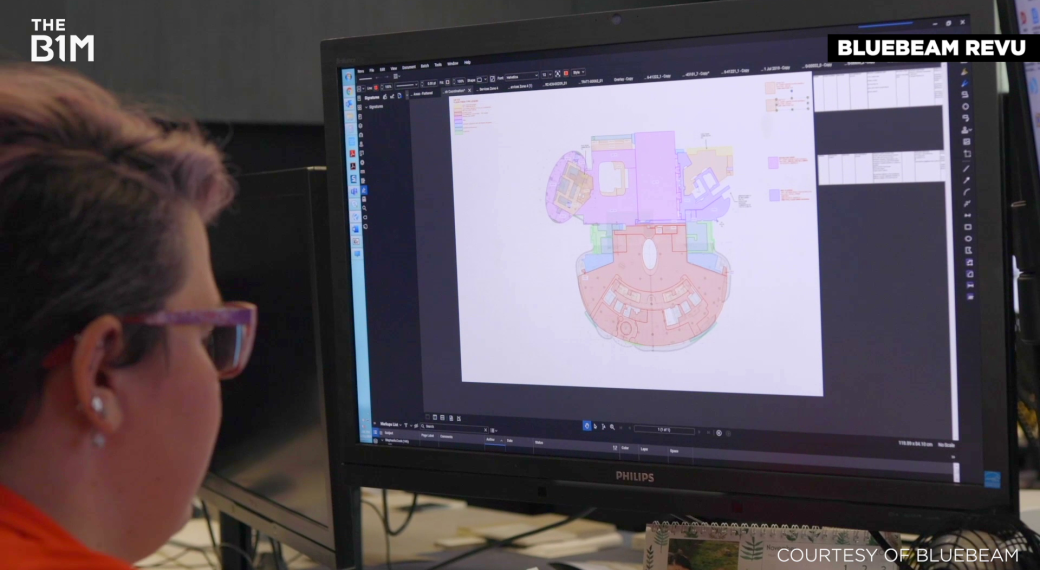 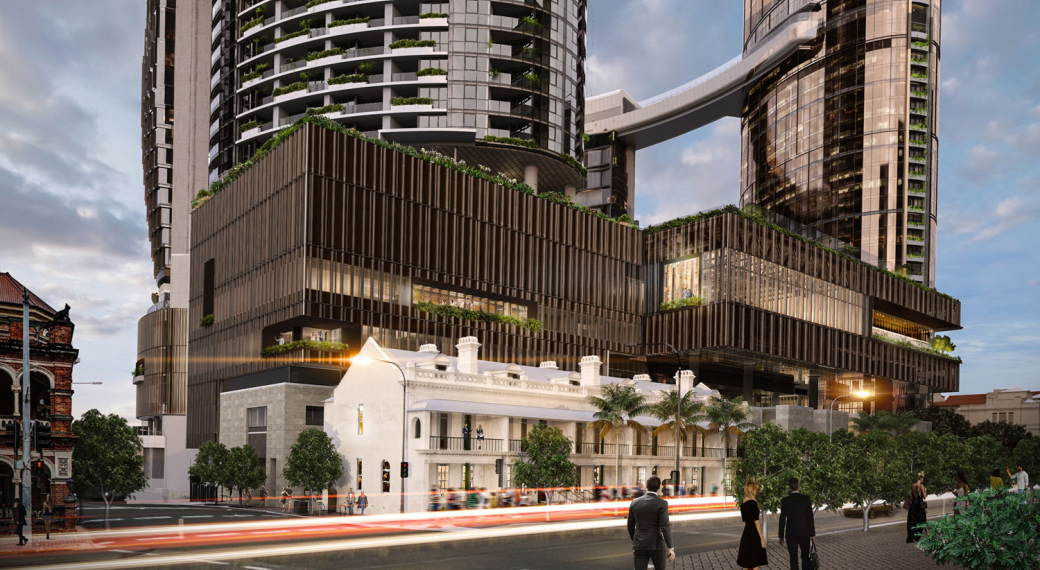 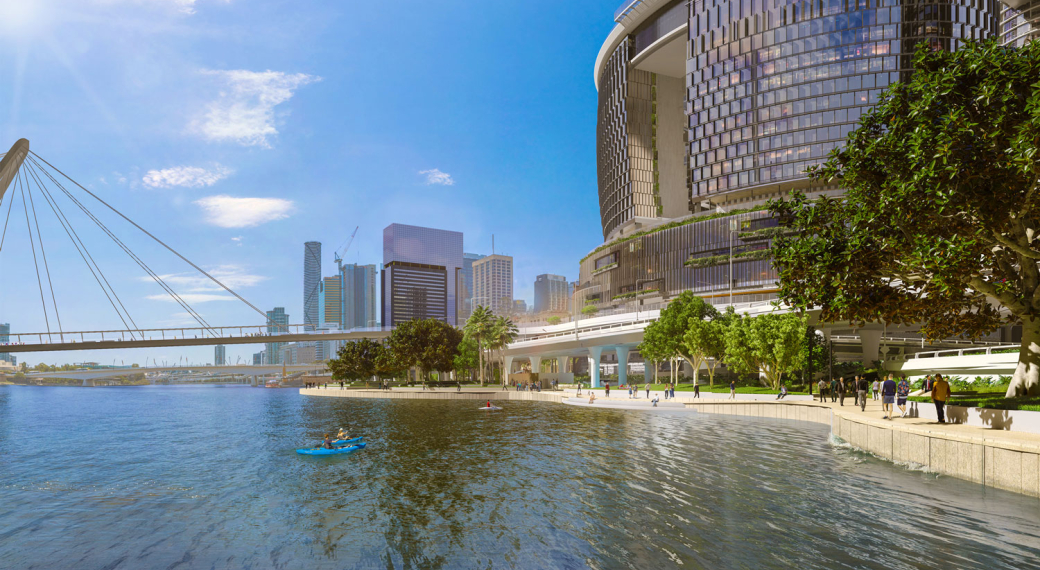 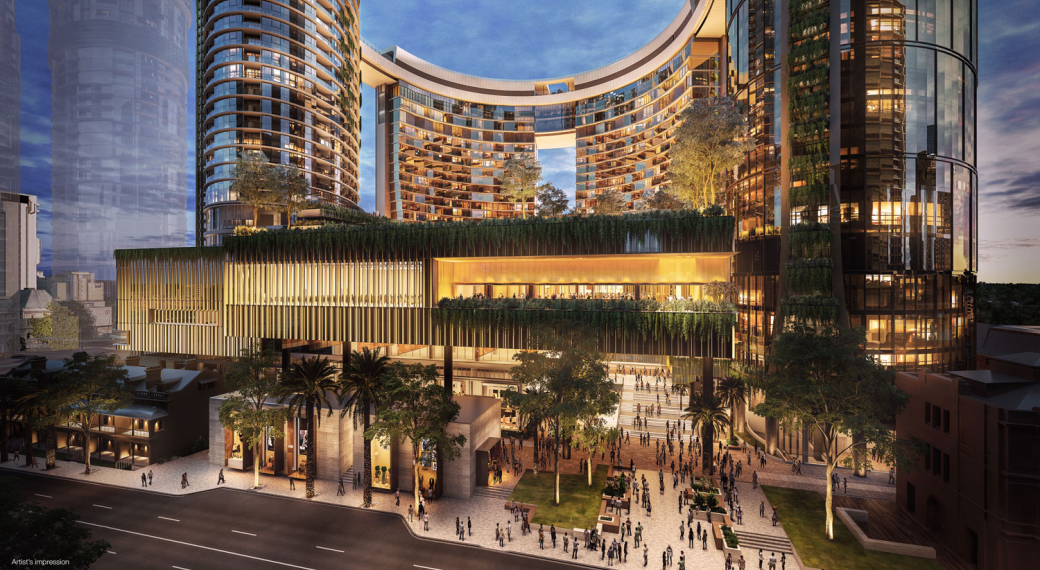 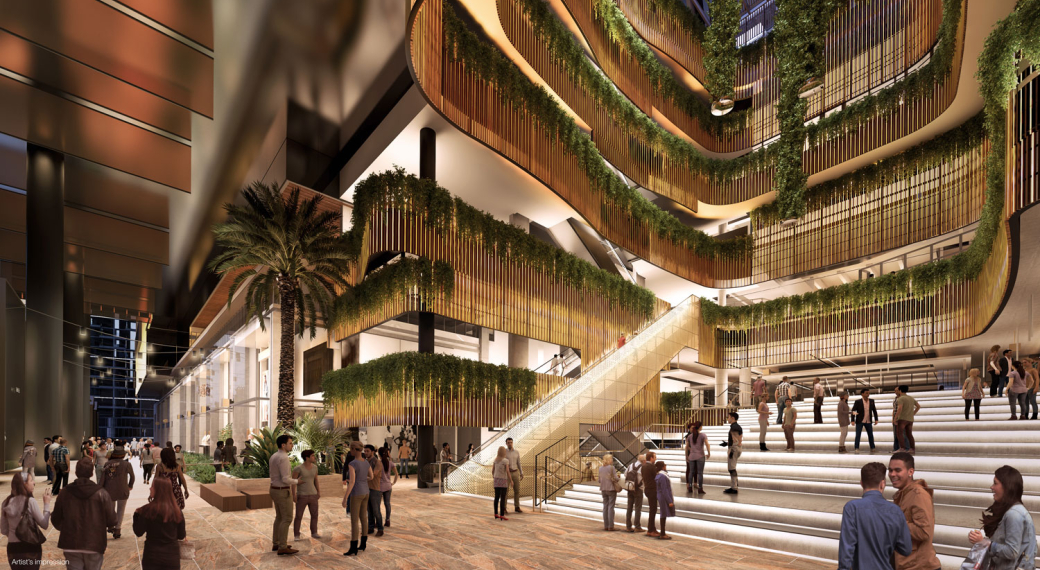 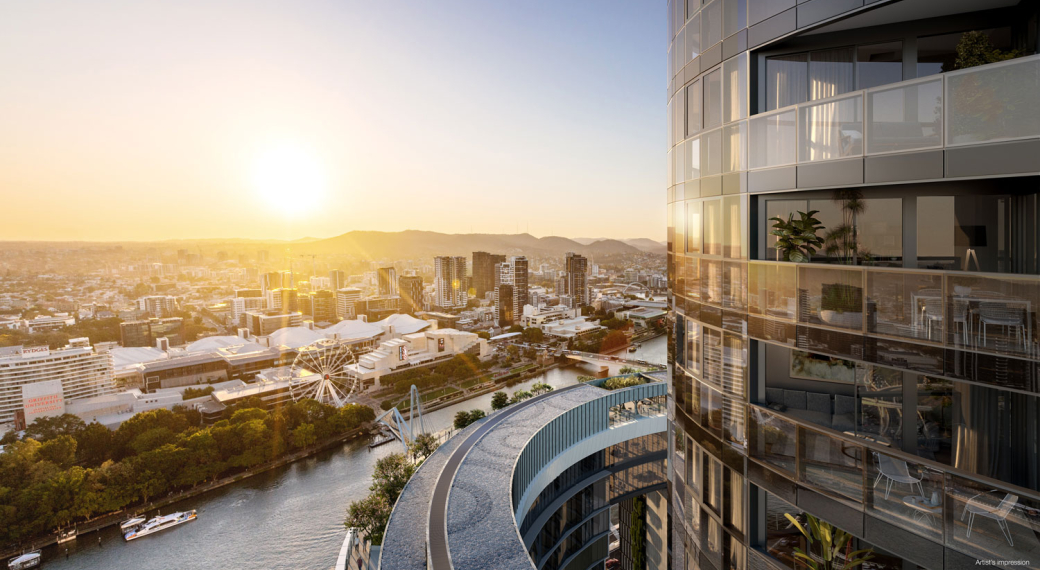 Various Nemetschek Group solutions are used for the project

It’s Nemetschek Group products that have had the biggest impact at Queens Wharf. While many may not realize it, Nemetschek Group’s software tools are now behind much of how our world is designed, built and maintained. Of the firm’s 16 software brands, four have been employed across the main stages of the Queen’s Wharf project. These cover the whole lifecycle - from planning to operation - making life easier for architects, engineers, contractors and users alike and enabling a seamless flow of information.

Viktor Varkonyi, Chief Division Officer, Planning & Design Division, and member of the Executive Board at the Nemetschek Group

“Open BIM, data driven workflows, and an integrated design approach: Queen´s Wharf is clearly a role model for any modern construction project. Working very closely with the project teams, we are excited to provide the backbone for seamless collaboration across the entire construction lifecycle in this large-scale project.”

Team working at the design stage was enabled by Graphisoft’s Archicad. Following Integrated Design principles, architects and engineers were able to review and check the same models in real time - understanding each others’ intentions and picking up errors before they occurred on site. The tool’s “Open BIM” compatibility meant that any models could be brought in and coordinated in Archicad, even if they weren’t produced in the software - breaking down barriers and improving team working. On any construction site, time means money, and when part of a building can’t be built because of a lack of clear design information or worse, gets built wrong, the impact can be huge.

To avoid such circumstances on a project as big and complex as Queen’s Wharf, the team used Solibri to check design information for errors before it was issued to the contractors on site. The approach de-risked a critical step, saving the time and money that can be lost when errors occur on site. Aside from ensuring information is correct, just finding and getting access to what you need on a project of this scale can be challenging, especially once on site, and giving everyone a level playing field to find and open what they need - regardless of how digitally savvy they are - is fundamental.

With Bluebeam Revu, Cottee Parker has saved the team navigating thousands of physical documents by introducing a digital, paperless workflow. The approach has cut the time spent reviewing drawings by a staggering 50%, while decisions involving multiple stakeholders have been taken more quickly - as even newcomers to the software seem to pick it up easily. It’s hard to convey the volume of information that’s produced on a project like Queen’s Wharf. There are 10,000 times more documents than you’d normally find on a domestic building.

Helping the team process their data, dRofus was able to consolidate the huge amounts of information coming in from multiple sources, keeping it all in one place and allowing users to easily access and edit it when needed. While information modelling has been essential in the design and construction phases, it’ll play an arguably greater role once the Queen’s Wharf is completed - helping to manage and maintain the new district throughout its 99-year lease. Enabled by technology, the team are now motoring towards their goal of completing the core elements in 2022 and renovating the site’s heritage structures - including the historic Treasury Building - in 2024.

Now set to bring new life to Brisbane for the second time in its history, the gateway at Queen’s Wharf powerfully demonstrates the construction sector’s ability to shape our cities and trigger economic growth - while highlighting the incredible teams that make it all happen, through remarkable complexities, with technology by their side. The development of the new district in Brisbane, which started construction in 2017 and is planned to be finalized in 2024, has already won two awards — the prestigious “buildingSMART International Award for Best Design” and a 6-star “Green Star Communities” rating for sustainable development.

Find out more about the Queen's Wharf project: queenswharfbrisbane.com.au 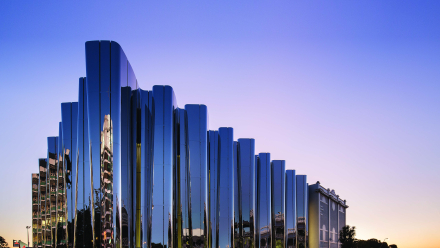 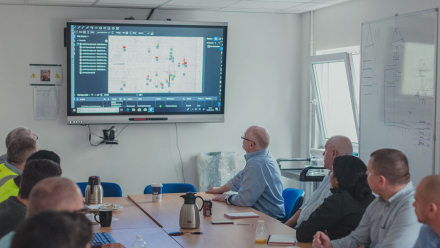 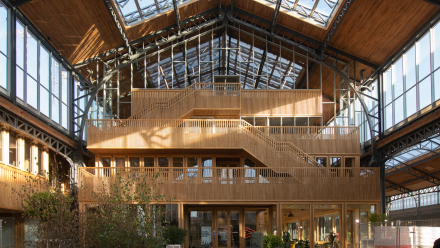 Accenture: a work environment that employees can thrive in

In October 2019, Accenture moved to its new Benelux headquarters at Gare Maritime in Brussels. 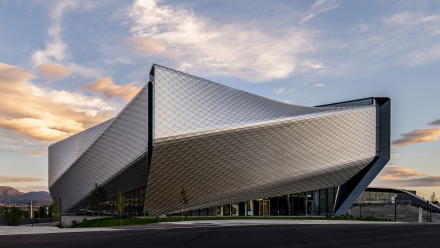