Software provider Nemetschek SE today announced that its 100% subsidiary Maxon Computer GmbH and the shareholders of Red Giant LLC have signed a definitive agreement to merge Maxon und Red Giant under the Media & Entertainment division of the Nemetschek Group to create the global market leader in software solutions for digital content creation. 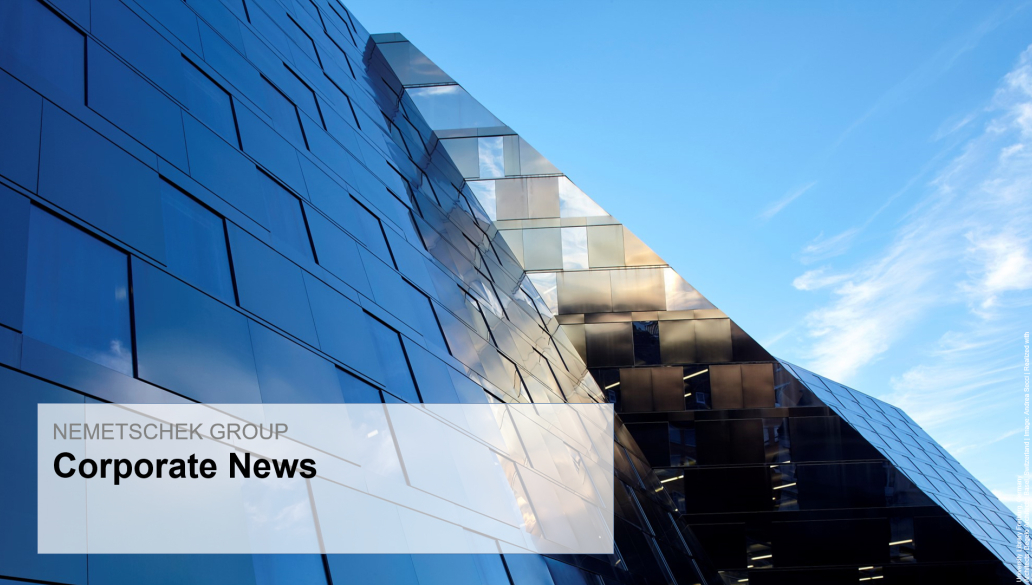 Munich, December 17, 2019 – Software provider Nemetschek SE (ISIN 0006452907) today announced that its 100% subsidiary Maxon Computer GmbH and the shareholders of Red Giant LLC have signed a definitive agreement to merge Maxon und Red Giant under the Media & Entertainment division of the Nemetschek Group to create the global market leader in software solutions for digital content creation. As a result of the transaction, Nemetschek will hold the majority in the merged company.

Complementary technologies create best-in-class portfolio
Red Giant, based in Portland, USA, is a fast-growing company with a high profitability that is above the Nemetschek Group average. For 2019, the company anticipates revenues of around EUR 21 million. Since 2002, Red Giant has built its brand through an award-winning, comprehensive product portfolio of motion graphics and innovative visual effects software solutions. As a result of the merger, Maxon, best known for its flagship 3D product Cinema 4D and the Redshift rendering engine, will become the pure market leader in this industry and provide the most comprehensive and innovative product portfolio for its customers.

Both companies have earned a peerless reputation for the quality and accessibility of their products serving the who’s who of production companies including ABC, CBS, NBC, HBO, Sky, Viacom, Netflix, Sony, Universal, The Walt Disney Company, BMW, Facebook, Apple, Google, Vitra, Nike and many more.

In this transaction, Maxon acquires the US company Red Giant by combining a cash consideration of around EUR 70 million and granting shares in Maxon. After closing, Nemetschek will hold around 85% of the shares and the former Red Giant owners around 15% of the shares in Maxon. Financing is provided by the company’s own cash resources and the taking out of a loan. The transaction is expected to close in January 2020.

Focus on leveraging international growth and driving subscription business
The business merger will capture significant growth and technology synergies through better market and customer access and by leveraging the worldwide sales and reseller team. With the joint product portfolio, Maxon will also significantly strengthen its subscription business. Additionally, Maxon will continue to provide leading-edge technology to the AEC brands of the Nemetschek Group and address the AEC markets even more strongly.

“This merger is a major milestone, not only for Maxon and Red Giant but also for the design industry as a whole,” says David McGavran, CEO of Maxon. “Our combined technology and know-how have the potential to progressively reshape the content creation landscape for years to come.”

“Following the acquisition of Redshift Rendering by Maxon earlier this year, joining forces with Red Giant is the next important step to fully capture the great growth potential of Maxon in the media and entertainment industry,” explains Patrik Heider, Spokesman and CFOO of the Nemetschek Group. “With this move, we are consistently pursuing our strategy of expanding and strengthening this segment”.

About the Nemetschek Group
The Nemetschek Group is a pioneer for digital transformation in the AEC industry. As the sole corporate group worldwide, Nemetschek covers the entire life cycle of building and infrastructure projects with its software solutions and guides its customers into the future of digitalization. With its intelligent and innovative software solutions, the Nemetschek Group increases quality in the building process and improves the digital workflow of all those involved in the building process. This revolves around the use of open standards (Open BIM). The innovative solutions of the 16 brands in the four customer-oriented divisions are used by more than five million users worldwide. Founded by Prof. Georg Nemetschek in 1963, the Nemetschek Group today employs more than 2,800 experts. Publicly listed since 1999 and quoted on the MDAX and TecDAX, the company achieved revenue in the amount of EUR 461.3 million and an EBITDA of EUR 121.3 million in 2018.

About Maxon
Headquartered in Friedrichsdorf, Germany, Maxon is a developer of professional 3D modeling, painting, animation and rendering solutions. Its award-winning Cinema 4D and Redshift 3D software products have been used extensively to help create and render everything from stunning visual effects in top feature films, TV shows and commercials, cutting-edge game cinematics for AAA games, as well as for medical illustration, architectural and industrial design applications. Maxon has offices in Germany, USA, United Kingdom, Canada, France, Japan and Singapore. Maxon products are available directly from the website and its worldwide distribution network. Maxon is part of the Nemetschek Group.

About Red Giant
Red Giant is a software company made up of talented artists and technologists who collaborate to create unique tools for filmmakers, editors, VFX artists, and motion designers. Our company culture is focused on finding balance between work and life – we call it “the double bottom line” – this philosophy helps us ignore complexity in favor of building simple tools that yield giant results. Over the last decade, our products (like Magic Bullet, Trapcode, Universe and PluralEyes) have become the standard in film and broadcast post-production. With over 250,000 users, it’s nearly impossible to watch 20 minutes of film or TV without seeing our software in use. From our experiences as artists and filmmakers, we aspire to not only provide tools for artists, but inspiration as well. Watch our films, learn from over 300 free tutorials or try our software at www.redgiant.com.