HTB+ as the answer to the timber construction trend: Calculation of cross laminated timber beams possible since release 2021-2

With the latest release 2021-2, FRILO has expanded its product portfolio in timber construction and brought a completely new solution to the market. The HTB+ program is used by software users to calculate timber beams made of cross-laminated timber using the shear analogy method. 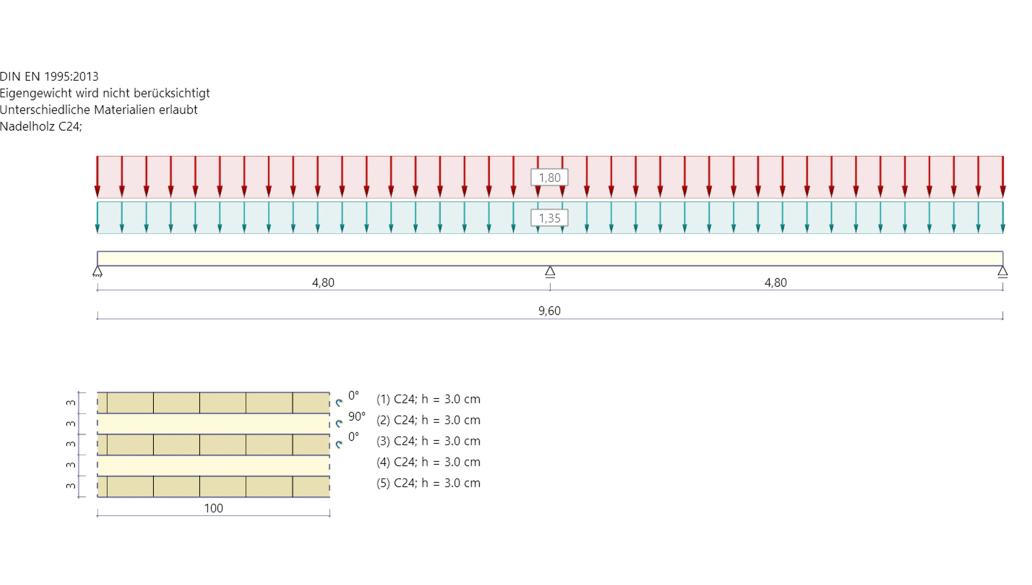 Stuttgart, June 23, 2021: With the latest release 2021-2, FRILO has expanded its product portfolio in timber construction and brought a completely new solution to the market. The HTB+ program is used by software users to calculate timber beams made of cross-laminated timber using the shear analogy method.

FRILO reacts to the increasing attractiveness of cross laminated timber

With the new development of the Cross-Laminated Timber Beam Program (HTB+ for short), FRILO has now provided an answer for structural planners to the ongoing boom in ecological building materials. The new program can be used to calculate cross-laminated timber elements that are stressed as panels as single-span and multi-span beams with or without cantilever arms. The cross-laminated timber to be calculated consists of at least three layers of sawn timber glued together at right angles. When entering data, the layer structure can be designed individually with regard to the number of layers, layer thickness and orientation of the layer (lengthways/crossways). In addition, any materials made of softwood or special material parameters from a building authority approval of the cross-laminated timber manufacturer can be entered as user-defined values. In addition, a symmetrical structure can be optionally enforced when entering data.

Special features of the dimensioning

In the design, the cross-laminated timber panel is regarded as a uniaxially tensioned beam element. It is idealized by a strip one meter wide. The design is based on the shear analogy method. This means that the static systems and the loads are deliberately not subject to the restrictions of the gamma method. In the ultimate limit state, the situation is considered both continuously and temporarily. Proofs of normal stress, shear stress from shear force and rolling shear stress are provided in each case. In the limit state of the load-bearing capacity, the fire situation can also be assessed. In the event of fire, the dimensioning is based on the staircase model and, if necessary, takes into account sloping layers. In addition, the limit state of serviceability is examined in the context of HTB+.