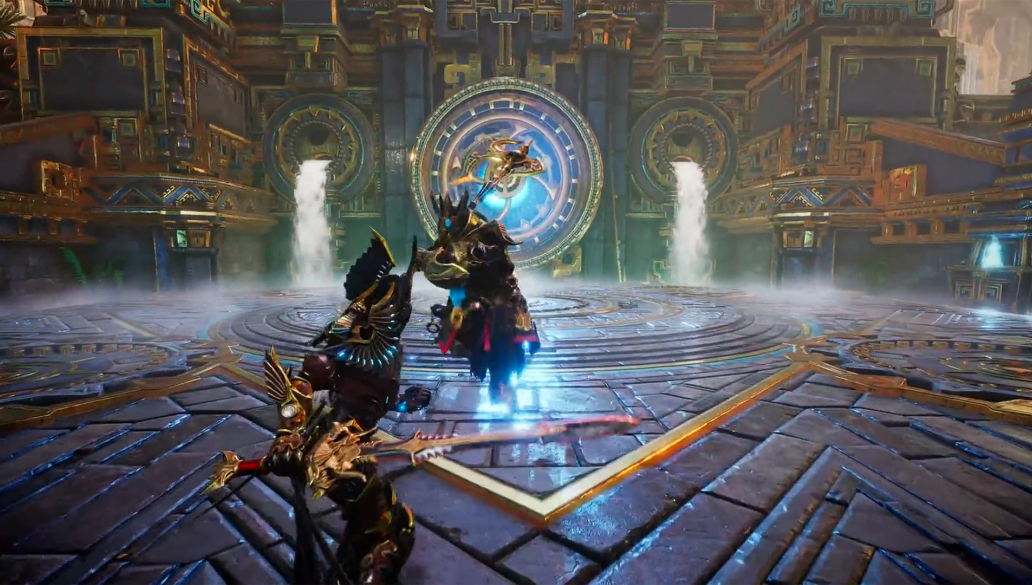 How do you get heavy hitters like Sony and Gearbox Software interested in your indie game? A killer trailer helps. That’s what Royals & Rogues figured when the artist collaborative helped developer Counterplay Games showcase its upcoming action role-playing game, Godfall.

And they were right. In less than a year, Godfall went from being virtually unknown to being featured at the Game Awards, where it made gaming history as the first title announced for the forthcoming PlayStation 5 console. Royals & Rogues also used C4D, Red Giant's Trapcode Suite and Redshift to create a 3D sword animation, as well as a Godfall logo animation.

The result was a battle-ready promo package that made Godfall impossible to ignore, and the relationship between the two companies has continued to grow.

Recently, Royals & Rogues has been collaborating with Counterplay Games' cinematics team on various marketing assets, including a new tech trailer, to keep Godfall in the spotlight. "These are always team efforts, and we partner with clients almost as an internal department rather than an outside agency," says Royals & Rogues founder Alec Miller.

Miller and the other artists on the team spent four weeks working on the trailer, which gives fans an in-depth look at the technology and craft behind the game. “Building out a tech showcase is always an interesting task because you're working with hardware/software that is not yet on the market, so you can't search the web for solutions if you run into a glitch or something isn’t looking right," he says. 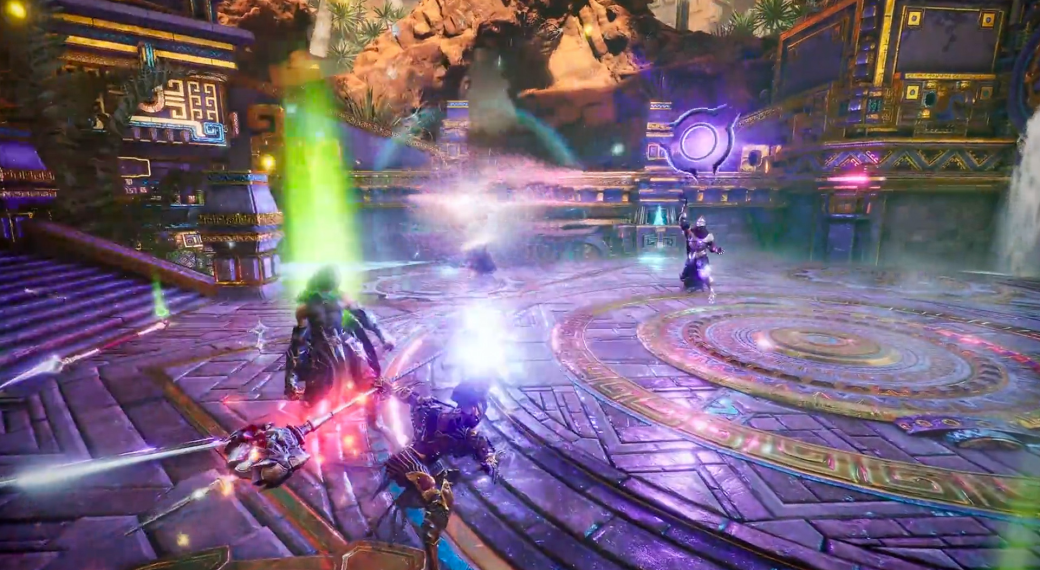 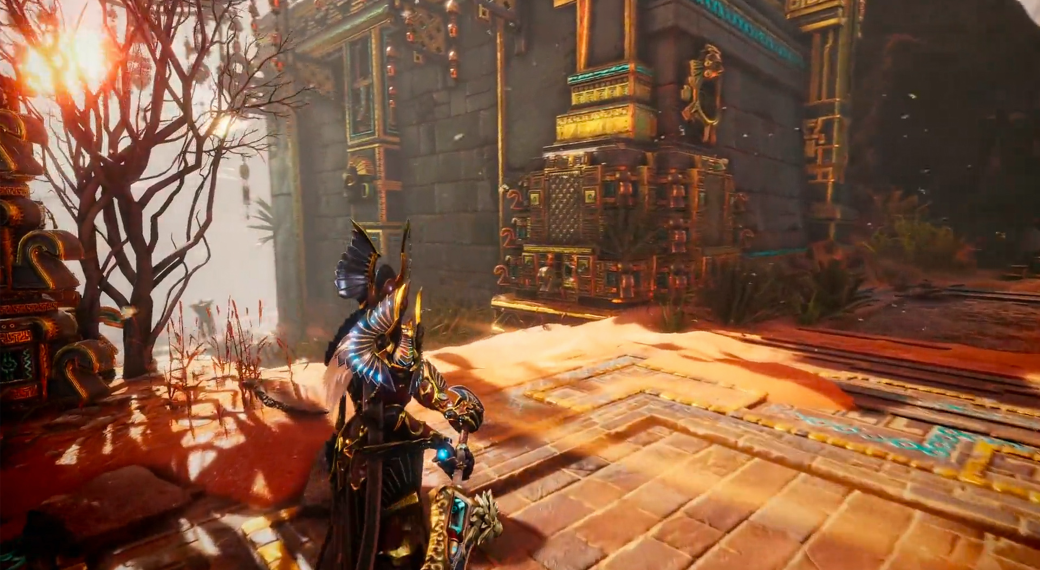 Miller founded Royals & Rogues in part as a response to common problems he experienced while working in the industry as a freelancer. Though he felt like he was doing great work for clients, he often felt frustrated as projects bogged down in multiple layers of revisions that studios and agencies requested even before the end-client laid eyes on a first draft. “I decided I wanted to fix that,” Miller recalls explaining that he wanted to replace the agency and the studio by forming a coalition of artists working together without a lot of red tape and hierarchy.

“Working together as a coalition allows us to assemble teams on a per-project basis, so clients can just hire the people who make the look they want,” he says. An insistence on what Miller calls “over communicating” helps ensure those teams make solid creative decisions throughout the collaborative process. Using tools and technologies from Frame.io to Slack and video conferencing, everyone is able to easily be on the same page. The studio also has a clear process that keeps clients involved in every step and decision.

"It's always tempting to wow clients with the big reveal, but that forces them into a gut decision," Miller explains. "We show our decision-making thoughts throughout the project, so clients are never surprised by the results. Sure, that loses us the Madmen-style presentations, but it leads to confident clients and better relationships.

Godfall is the second project Royals & Rogues has worked on for Counterplay Games. They also did most of the marketing for the company’s last game, Duelyst, which started as a Kickstarter project and eventually sold to Bandai Namco. By the time Counterplay was ready to launch Godfall, Royals & Rogues was up and running. “I know it sounds cliché, but we think of clients as friends, and we often find ourselves talking about our favorite books or games," Miller says.

They also stay in regular contact, so Miller was well aware of Counterplay’s next project. "One of the things a lot of our clients love is that we are usually fans of their products," he says, explaining that "being avid gamers and nerds means we know what the fans want because they're us." 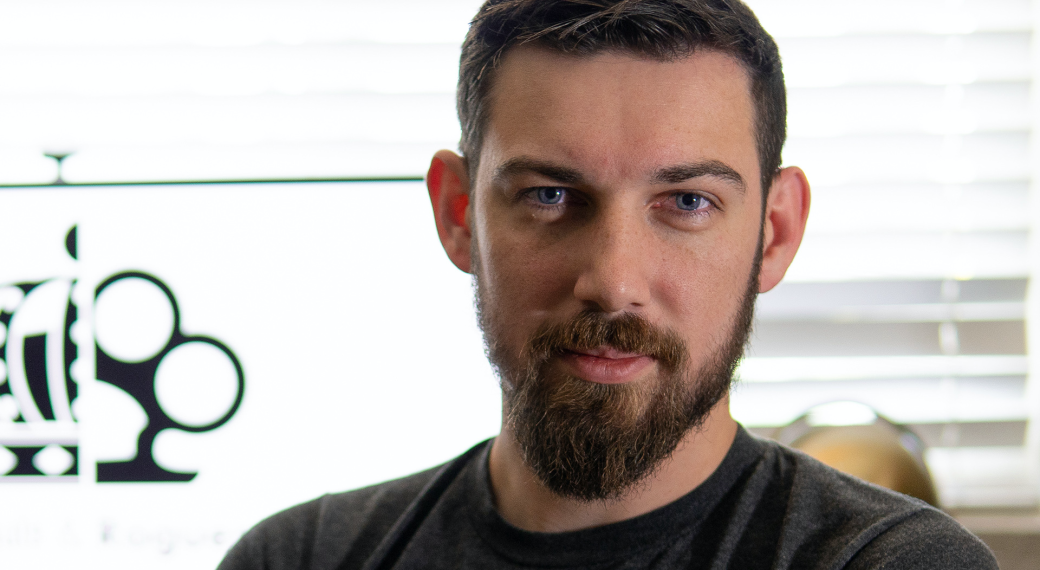 Ramping up the Hype

Royals & Rogues game trailer was so good, it got Sony and Gearbox to sign on as publishers. The next step was to generate additional interest in other ways. After first planning to animate the suit of armor worn by the game’s protagonist, Silvermane, the team switched gears and decided to animate only his sword in order to save time. Starting with an in-game model of the sword, they added more detail to it in Maya, including replicating an acid-etched look on the metal blade. Custom shaders and textures were made in Redshift and finishing touches were made with Red Giant tools in After Effects.

Trapcode Particular was used to generate particle effects, and Trapcode Starglow helped the team add glints and glows easily. Miller says he was careful to always use various parameters to customize the looks and make the work unique. “If you just take Starglow and drop it on your scene, everyone who watches it thinks, ‘Oh, that’s Starglow.’ But you can custom tweak the angle and the colors to get highlights where you want them,” he explains.

Red Giant’s color-correction tools allowed the team to dial in the look they wanted without hiring a dedicated colorist. “Red Giant makes some really fantastic stuff for getting a very polished look quickly with a small team,” Miller adds. “We made this cool render and finished it on a very truncated timeline, about a week and a half from concept to finish.”

Once Sony picked up the game, Counterplay needed a logo animation that would make a statement. So Royals & Rogues recreated the game’s 2D Photoshop logo in Cinema 4D and Redshift, and then brought the results into After Effects to create the surrounding animations. “We knew we wanted a crazy look that was half lava and half fractal,” Miller remembers, adding that the problem-solving process had them thinking at first like artists and then engineers.

After first experimenting with simulations, using Trapcode Form, he decided to investigate Trapcode Mir and soon found he could achieve the desired look by using layers of fractal noise to drive polygon topography. That made the interplay between Redshift and Mir invaluable, as Redshift could be used to subtly art direct the renders, tweaking different passes so they would motivate the visuals in Mir in different ways.

Trapcode Mir also proved to be an extremely efficient for plowing through different variations. “Working in Mir, the team was able to try out dozens of different looks over the course of a few days, just tweaking different render settings or moving lights around in After Effects and waiting an hour or two for a GPU render,” Miller says. Other elements in the scene came together fairly easily using different tools.

Royals & Rogues is always looking for new ways make clients stand out in a crowd. The key, Miller says, is relying on lightweight tools but employing unusual techniques that lead to unique looks. “We try to use the technology we have in new ways, unexpected ways, rather than being tempted to do the biggest, heaviest-handed solution. That’s not what’s in our hearts.”